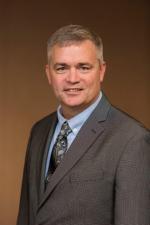 Dr. Funk is a member of the Minnesota Association of School Administrators, American Association of School Administrators, National Guard Association of the United States, Daybreaker's Kiwanis, the Albert Lea Freeborn County Chamber of Commerce, the Albert Lea Austin Mayo Clinic Board of Trustees, and served on the United Way of Freeborn County for six years. In 2018 he retired from the Minnesota National Guard after 30 years at the rank of Colonel. During his service he deployed twice overseas: In 2003-04 to Bosnia and in 2007-08 to Kosovo. In 2022 Dr. Funk was named Minnesota Superintendent of the Year.